Over the course of the last two weeks, the number of participating cinemas grew from 23 to 31, with a few more currently on the waiting list. The initiative now covers almost 90% of Dutch independent cinemas and has sold ten times more tickets than last month.

Picl has been organizing day and date releases since it was founded in 2017, releasing films simultaneously in cinemas and on its platform. As one of the first and few solidary release systems in Europe, viewers buy their tickets through networks they know and trust: their local cinemas and festivals. In online screening rooms that are directly linked to arthouse cinemas and festivals across the country, audiences get to see the latest arthouse films and documentaries from their own homes. Tickets cost 8,50 EUR for 48-hour access to the film, with revenues divided between cinemas and the respective right owners. 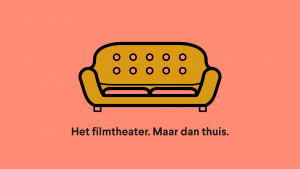 Anke van Diejen, who founded Picl together with Noortje van de Sande, states: “We always knew there was a demand for day-and-date-releases. Research has shown that people often do not get to see arthouse films, either because there is no cinema nearby playing the film, films are already out of circulation, or the films are screening at times people can’t make it. Cinemas were a bit hesitant to join at first, afraid we would cannibalise theatrical screenings, but after a very positive pilot run in 2017 over 20 cinemas joined us in the first two years.”

Van de Sande adds: “Thanks to the support from all parties involved we have been able to make brand new films available for a larger audience throughout the country, while supporting the distributors and cinemas. With cinemas now closed due to the coronavirus crisis and festivals being cancelled, the number of non-released arthouse titles rapidly grows and we are working around the clock to meet the rising demand in our services.”

The platform’s content is curated by cinema programmers and festivals. Before the crisis, films screenings on Picl always went hand-in-hand with theatrical releases. After the closure of Dutch cinemas on March 15, however, Picl started talking to several distributors, navigating the options of exclusive online releases. Zoe Wittock’s JUMBO (released March 26 by distributor Gusto Entertainment) and LA LLORONA by Jayro Bustamante (release set for May 7, Cinéart) are now the first two titles that are celebrating their Dutch releases exclusively on Picl.

Pepijn Kuyper, managing director of cinema LantarenVenster in Rotterdam: “We have been using Picl from the beginning. Of course, nothing beats a theater visit as a total unique experience. Picl offers the possibility to serve our visitors at home to stay connected and serve them even more. During this difficult time of crisis, it gives us the possibility to stay in touch with our audiences and offer them at home the high-quality content they are used to. Picl fully cooperates with the local cinemas in terms of content and contribution. I’d like to explore next steps with Picl for an even more extensive online – offline combination so that the public is served to the max with unique content.”

Marc Smit, co-CEO of distributor Cinéart: “Audiences get to see high quality cinema, at a premium price for recent releases, while still getting the support and promotion from cinemas.”

The Movies that Matter Festival in The Hague, an initiative by Amnesty International, was set for its 11th edition from March 20 – 28. After the Dutch government banned all public events on March 15, the festival was the first to turn to Picl in order to facilitate an online version of the festival.

“We have already worked with Picl for a few years, showing monthly selected films as an extension to our offline programme. It was with a heavy heart that we had to cancel the physical festival, but thanks to Picl and our cinema partner Filmhuis Den Haag, it was an easy step to move the festival online.”

The numbers confirm the rising interest in the service: over the course of the last two weeks, the number of participating cinemas grew from 23 to 31, with a few more currently on the waiting list. Picl now covers almost 90% of Dutch independent cinemas and has sold ten times as many tickets as last month. Its lineup currently includes arthouse hits such as Cannes winners LES MISÉRABLES (Ladj Ly) and PORTRAIT DE LA JEUNE FILLE EN FEU (Céline Sciamma), Wooden Allen’s A RAINY DAY IN NEW YORK and Oscar nominated documentary FOR SAMA.
Read the full article in Cineuropa.org here.